She joined the district as a teacher and a parent. Gray, who has worked as an elementary school teacher since 2018, joined Highlands Elementary School as a first grade teacher this summer.

Two of her three daughters attend Highlands, in second grade and Kindergarten, respectively. Her youngest daughter is 11 months old.

“At the New Teacher Orientation in July, the theme was ‘Welcome Home’,” Gray said. “I really felt like I was back home, and this is where I am supposed to be. Cedar Hill ISD is like one big family. There is a community and family vibe. I love teaching and seeing kids learn. I love seeing them gain the confidence to accomplish things.”

Up until this year, Gray taught at a charter school in Dallas, but she is ecstatic that she made the change

Gray, her husband and their three daughters live in the same house in the Waterford Oaks neighborhood where Gray’s parents moved to in 2000.

Gray enrolled in Waterford Oaks as a second grader that year, and later attended Belt Line Intermediate. She was a member of the first class of scholars at Bessie Coleman Middle School in 2005.

Some of Gray’s former teachers are still in the district, including Kathy Houston, who teaches sixth grade mathematics at Bessie Coleman.

“Christin was a model scholar that took her education very seriously,” Houston said. “She loved learning math and applying it. She loved school, and I knew way back then that she would be very successful in whatever road she chose. I loved her spirit then and enjoyed being one of her inspirations in life. She is absolutely amazing, and CHISD is so lucky she chose to come home to teach here.”

A Cedar Hill Class of 2011 Graduate, Gray played volleyball, soccer and basketball for the Lady Longhorns and sang in the choir. Volleyball was her main sport, and one of her teammates was Briana Holman, who went on to win two NCAA Championships at the University of Nebraska. Gray earned All-District Academic Honors. In soccer, she earned All-District Utility, after splitting time between forward and goalkeeper.

In college, Gray had a chance to play volleyball, but she instead chose a choir scholarship to Navarro College in Corsicana. She earned an Associate’s Degree there.

After Navarro, Gray enrolled at Stephen F. Austin State University in Nacogdoches. In true serendipitous fashion, Gray met her husband – who grew up 12 miles east of Cedar Hill (in Lancaster) – at a university 173 miles away in the East Texas Piney Woods.

Returning To the Best Southwest

They decided to return to the Best Southwest and start a family, so Gray earned her Bachelor’s Degree at Texas A&M University-Commerce’s Midlothian campus in December 2017.

In the dual role of parent and teacher, Gray said it’s great to be able to see her own children throughout the school day, although it was bittersweet not to be able to walk them to their classroom on the first day. She was preparing her own class for the first day of school.

When Gray was a Cedar Hill High School Scholar, she was a member of Texas Association of Future Educators (TAFE).

“When I was really young, my sister and I had stuffed animals, and we would play school,” Gray said. “Teaching was ingrained in me. I always knew I wanted to be a teacher, and the goal was always to teach at Cedar Hill. My goal is to stay at Cedar Hill ISD as long as I can.”

How many PBC teachers are vaccinated? Probably not enough, experts say 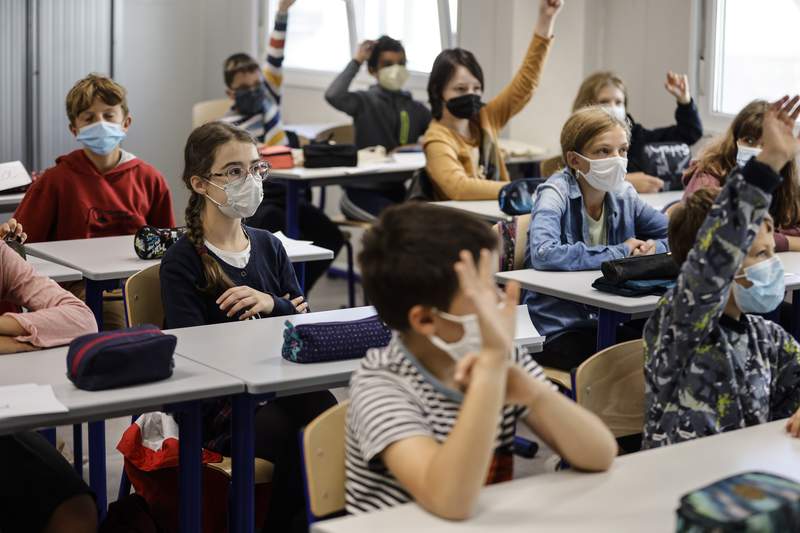